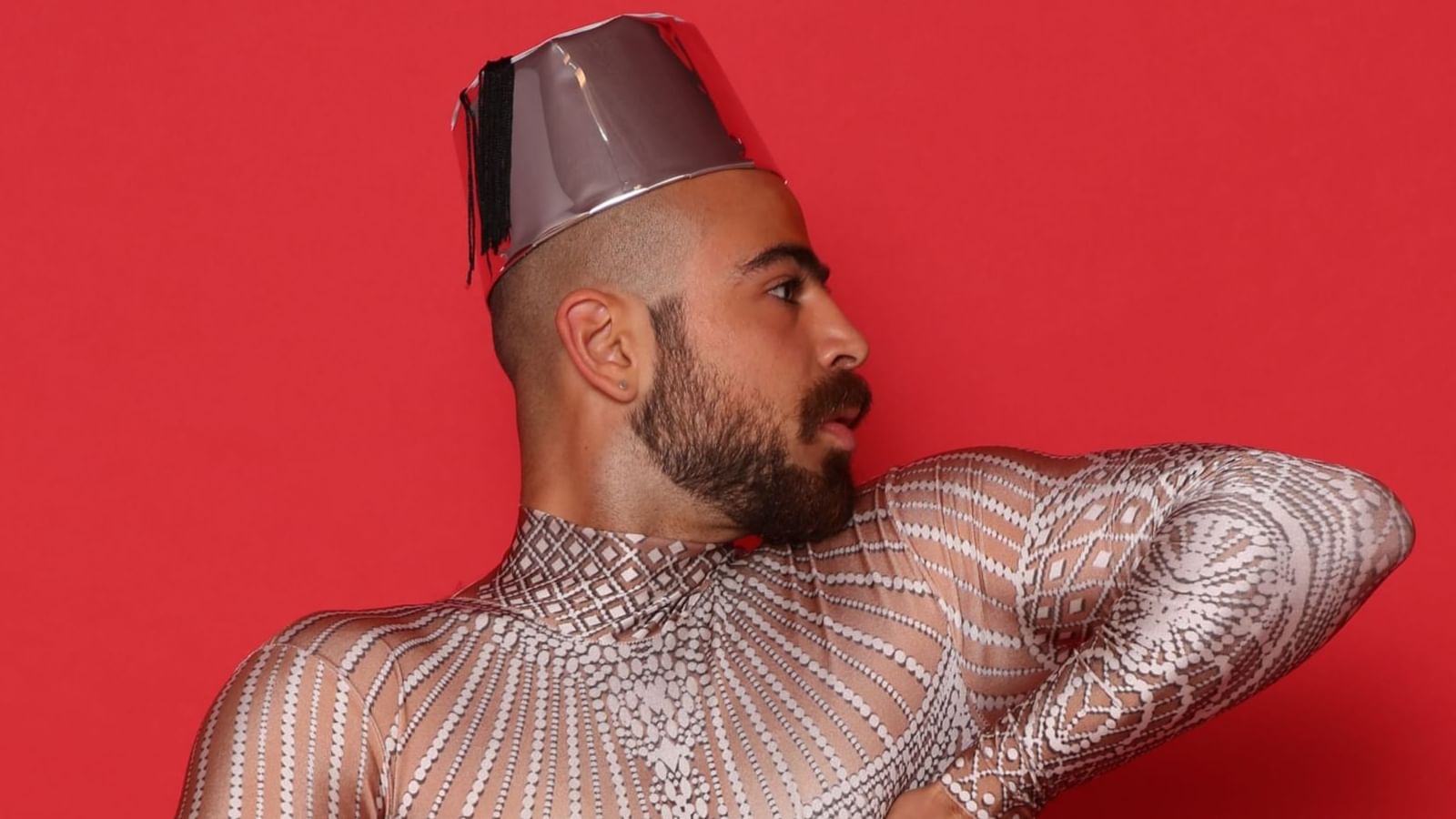 The Darvish is probably the only queer Syrian belly dancer in Berlin. Queer: He already felt like that in his home country Syria. But it took Berlin to feel that there is more, beyond being a man or a woman. Syrian: At 20, he decided to say goodbye to his family. In 2016, he came to Berlin. First to learn German and study fashion. Belly dancer: He became belly dancer, more by chance after one year, when he danced in clubs and queer parties for himself and with friends. His girlfriend Judy LaDivina encouraged him to make his talent public.

Since then, The Darvish has appeared in productions as a solo dancer, performer and ensemble member. The premiere of "New Songs from Earth" at the Neukölln Opera with The Darvish in the role of the Phoenix from a Strange World is coming up in October. The Raqs Sharqi is The Darvish's artistic home and the medium in which he expresses himself and his personality. "Look to be the person you are - and have a lot of fun with it," he says. His belly dance performances, costumes and makeup are not entertainment alone. They equally make visible the concerns of the LGBTQI+ community through artistic means. "We are all complex as human beings. We should accept that everyone has more than the one side in them that is considered normal."

The costumes for men or for women in their one-dimensionality were not right for The Darvish. "I didn't feel comfortable and had to figure out what fit me, my body and my work." That might be the classic plate skirt of the Dervish, which swings wide when it spins. Or a jumpsuit trimmed with long rows of beads, or a two-piece belly dance costume with chest jewelry and bloomers. The dress bar offers enough choices and what doesn't fit is designed, sewn or altered. The Darvish wears make-up and shows his tattoos. Maybe slippers come with it, maybe glitter high heels or silver overknees. Long earrings and a fez are almost always part of the dance outfit.

Art gives The Darvish the freedom to show the beauty and diversity of the MENA region's cultures. He does not use colonial terms like "Orient"; he speaks of "Middle East and Nothern Africa." For all the seriousness of his concerns, his great joy in dance is unmistakable. "I want to advance this art form as I interpret it," he says about Raqs Sharqi. The videos on his Insta channel @therdarvishofficial speak a clear language. During his live performances, the audience goes along with him - such as at the closing of the Berlin CSD 2022 on the very big stage in front of the "Brandenburger Tor". The Darvish also performs regularly at the Tipsy Bear Bar or in the SO 36 and is a coorganizer of the solo-parties of "Queens against Borders" for Trans/Queer Refugees in Berlin.

Five years in dance and activism for more visibility have given The Darvish the selfconfidence to stand up for himself and not having to hide his own feelings all the time, as it was necessary in his home country. Not everyone has this much courage. A life of being permanently on one's guard is very formative. That's why the concerns of the queer refugee community in particular are important to The Darvish: "I'm not only on stage for myself, but also for all those who so far have no voice and are not visible."