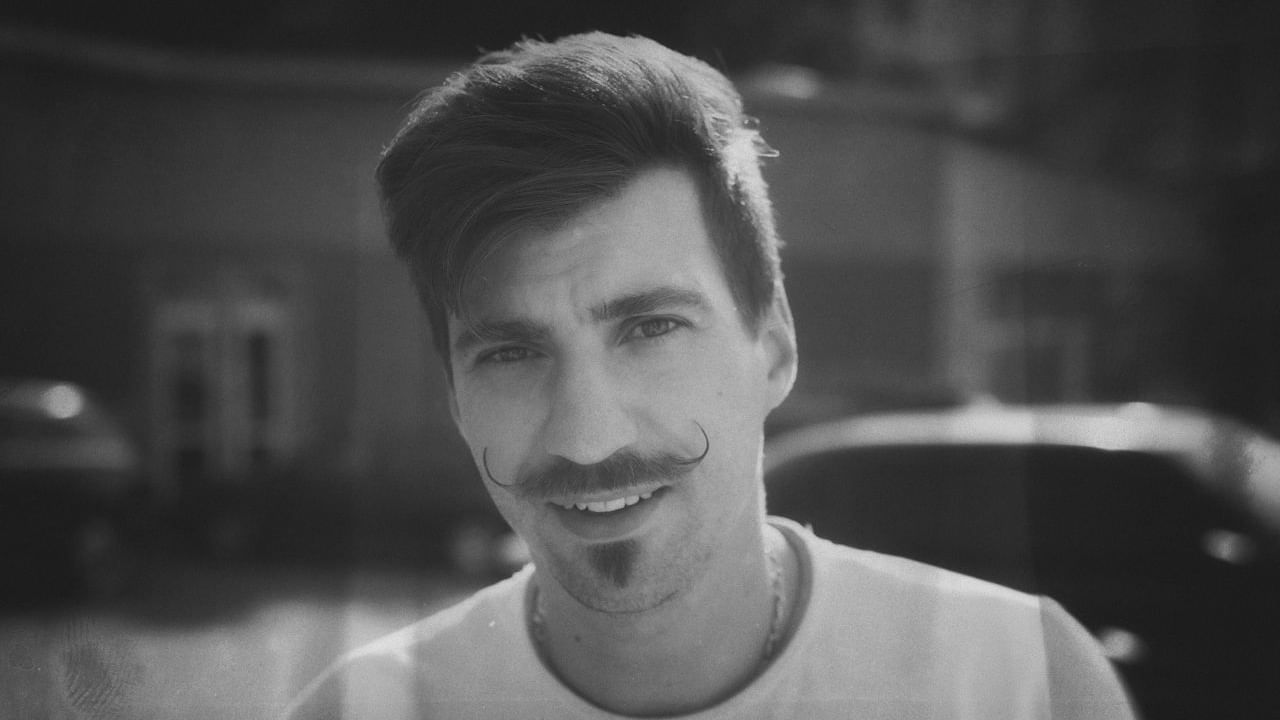 Ivan is not only a Ukrainian director, composer and dance acrobat, but also a Berliner by choice for 13 years. It all started when he was still a child, because at the young age of 4 he was already fascinated by dance acrobatics! After traveling and performing until he was 16, he attended the academy in Kiev, where he was able to refine his dance style. His constant companion: a large fan with which he performs.

He has been a member of the Traumtheater Salome since 2001, initially on stage, but now more and more backstage as a director. "Oh, I'm getting older!" he laughs. But maybe this year he will be seen on stage after all. "Salome works a lot with Ukrainian artists," Ivan tells us. "This year, because of the situation over there, it's all a little more difficult than usual, but we're trying to organize what we can!" Traumtheater Salome is constantly striving to be able to offer new artists a springboard for the next step in their careers.

This year, Ivan will again go all out to create a show that will blow people away. "Berlin's audience is a special audience," he explains. "They are offered thousands of shows every day, big or small, in cafés, Friedrichstadt Palast, Wintergarten and so on." So although a wide variety of artists will be performing their acts, there will naturally be a threaded story around the show. Ivan wants to inspire with the all-new "du jamais vu" act, which will make this year's show something very special.

But impressing Berliners in particular is a bit tricky. "Berlin is not the easiest city and people have seen a lot here," the artist explains. The fact that each neighborhood also has its own character does not make it easier. However, what makes Ivan positive and happy is that Berliners are very open and you can build an emotional bond with them, which is so important in his work!

This year the Traumtheater Salome will take place in our house, more info here: https://www.hotel-berlin.de/en/explore-connect/traumtheater-salome