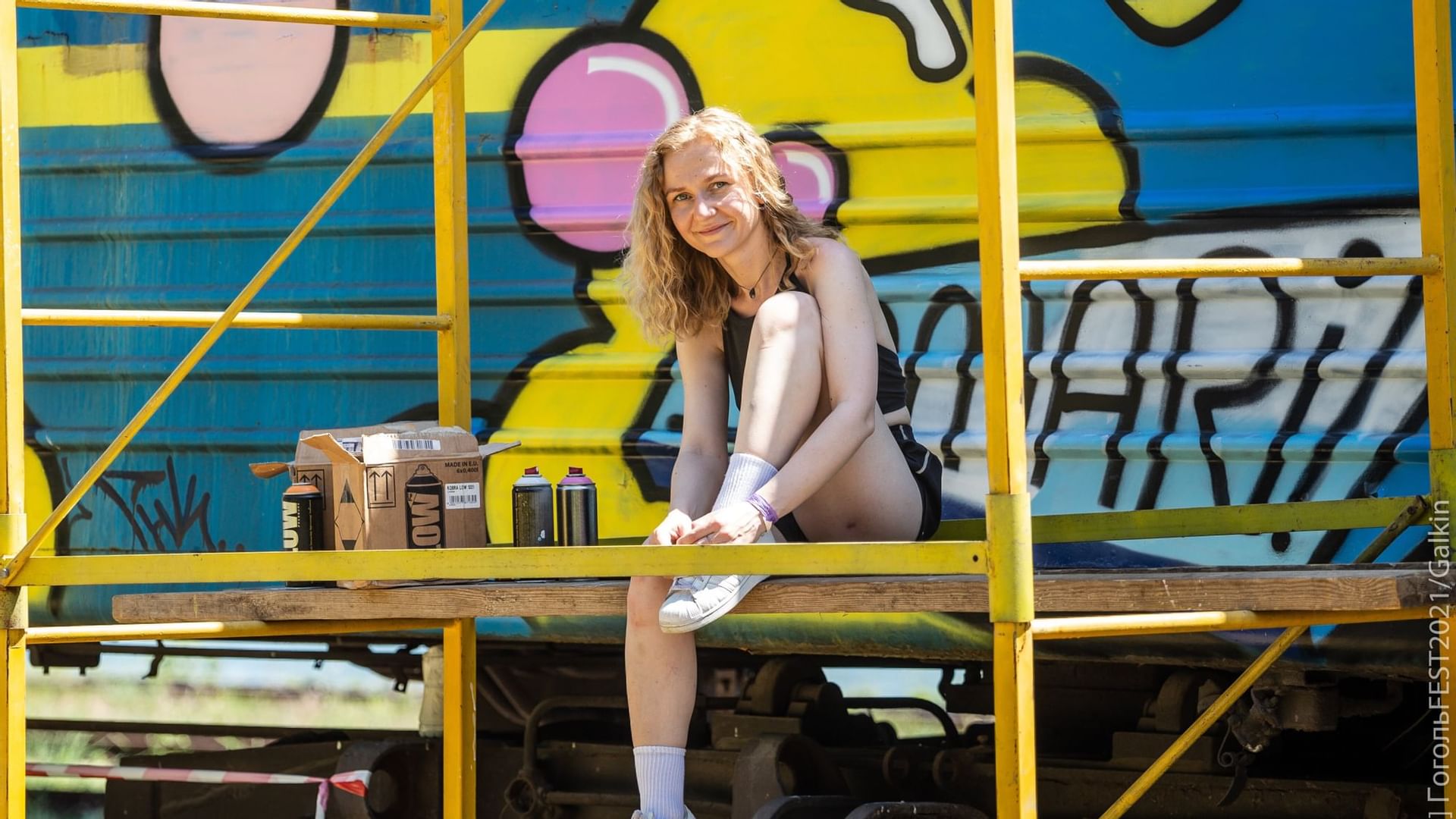 Somari is a Ukrainian graffiti artist who moved to Berlin a half a year ago, escaping the war and finding shelter in the capital of Germany. But Berlin was not her first migration: the artist has a history of traveling and has lived in plenty of other countries: Georgia, Montenegro, and now Germany just to name a few.

Berlin really opened a gate to be able to work a lot more, the city is keeping her busy with art-requests. „When I was in the Ukraine during the war, I thought my life is over and I will never be able to work as an artist again“ she explains. All of the opportunities that are being offered to her here make her feel very thankful – and of course the money doesn’t hurt!

„I only started painting four years ago when I was 26 years old!“, Somari explains. Quitting her „normal“ office job to become a full-time artist so late in life is rather unusual in the Ukraine in which a conservative and traditional lifestyle is the norm. „But when I tell them that I am making more money now than with my office job, the people stop talking!“, she laughes. At age 26 Somari got to know some graffiti artists and immediately fell in love with the scene. Most of all, she loved the open-mindedness and the free-spirit of the scene and knew right away that she wants to become a part of it.
Therefore, she worked hard and painted more than anyone else in the scene.

Her mascot, the Ptichka (which translates to „birdie“) is always visible in her work and represents her inner feelings and emotions. In the mural of the Hotel Berlin, Berlin, for instance, the Ptichka is a bit lost and hiding which describes her feeling about having left the war zone and the recent migration to Berlin. But the overall style she paints is a mystery to herself. „I think it’s coming from my childhood, it feels like I have seen the things I draw when I was young but I can’t say for sure!“

Somari’s big plan for her life is to have painted a mural in every capital of every city – and now she can cross out Berlin from her list.