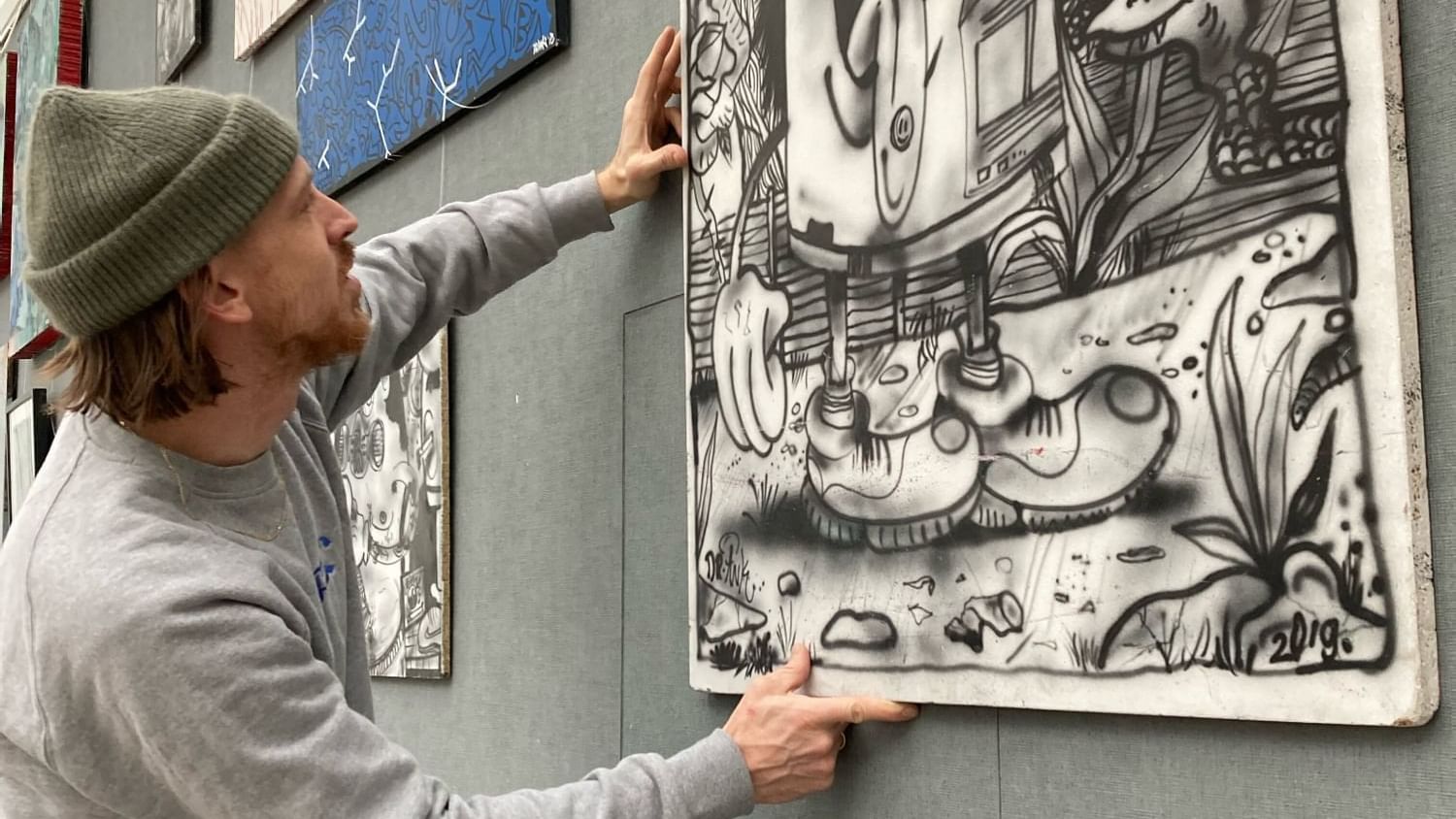 TheOlifants, Dr.Ank, Poppin‘ Puffins. Three names, three different art styles, one person: Jeroen Nergiz-de Boer. The Dutchman has been a Berlin resident by choice for 10 years and is an artist through and through. Whether graffiti, graphic design, drawing or NFTs - Jeroen is completely absorbed in many art styles and can be enthusiastic about many things.

It all started with the discovery of a spray can at the young age of 10, which Jeroen found fascinating and so started spraying. Inspired by other graffiti artists, he discovered his passion here, which he then brought to a professional level in the subsequent art school. In addition, Jeroen also studied graphic design and also learned illustration, which expanded his art spectrum. "Some days you're out making a mural and some days you're at home on the computer making cool covers of bands. It’s  always a bit of variety," Jeroen laughs.

His latest project is about NFTs. Started in 2021, Jeroen and a friend from New York created 9873 profile picture NFTs that were AI-generated and sold them around the world. Jeroen's 2-year-old son has also sold his first NFTs. "He was only 4 months old, which was very fun! I drew with him on my iPad and just gave him the pen. They turned out very interesting and exciting looking!!" he says.

Jeroen came to Berlin to design a theater stage. Once in Berlin he then just stayed, because especially for his art he finds the city very inspiring. "There are so many different scene and things and possibilities." Jeroen is especially excited about the large and vibrant graffiti scene in Berlin, especially in parts of the city where it's not easy to walk by.

In the future, he definitely wants to get more involved with NFTs. "I don't know if I'll still be painting puffins in 10 years, but I believe that the future will include digitization and NFTs, and that's also the area I want to educate myself further in," Jeroen tells us.

You can see Jeroen's exhibited art in our gallery.