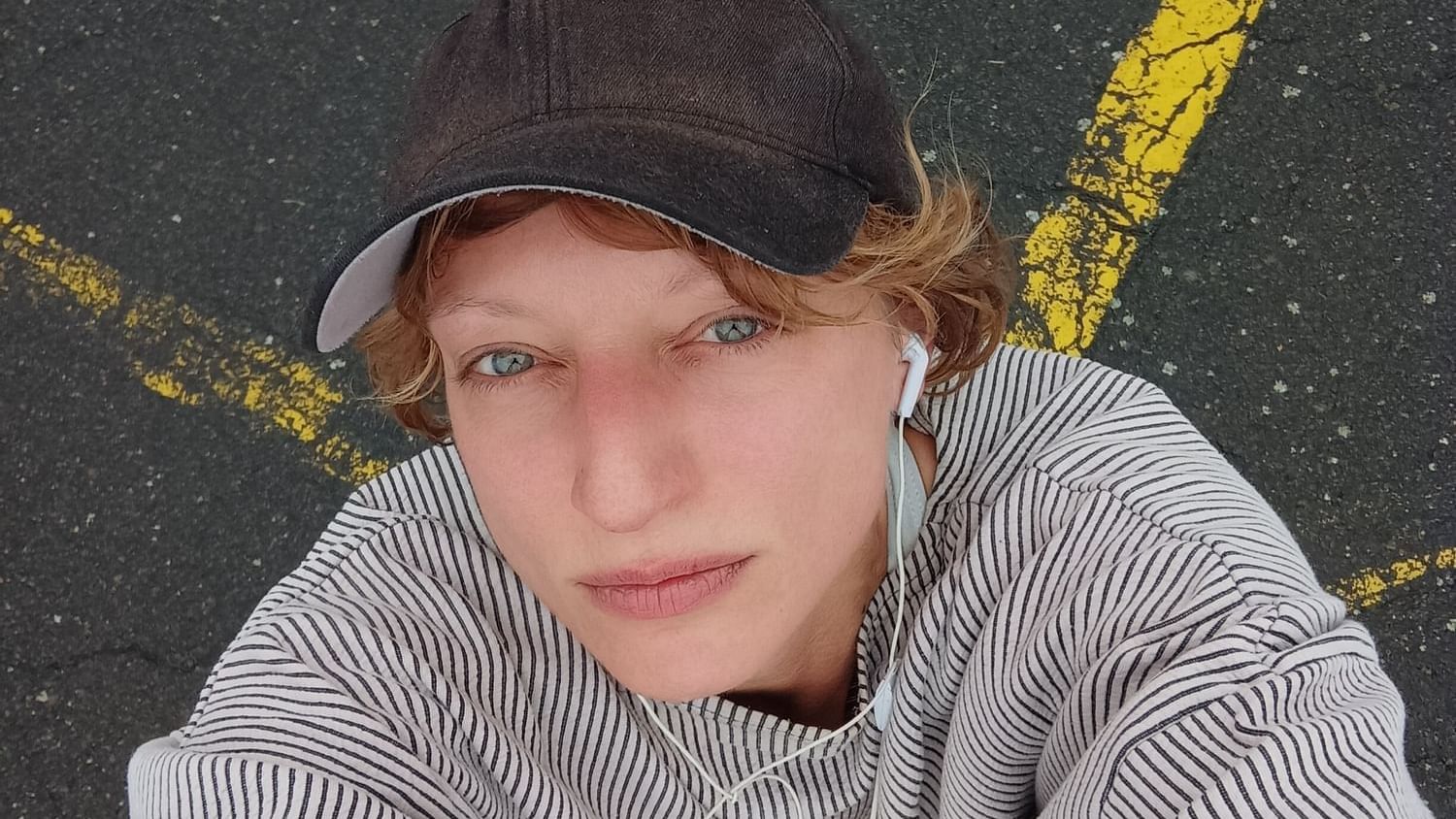 Melons, melons, melons! The artist Sophia Melone is not only a Specialist on the Field of this fruity Beauty, but also the Chaplin Bawler („Melone“ in German) is a steady companion. Even though the love for the tasty melons went so far that she even grew her own Watermelons in Berlin, Sophia Melone is not only crazy about the delicious fruit, but has a variety of interests and talents. Her career as a Berlin artist started with the studies of textile- and surfacedesign in Weissensee, which brought her screenprinting and dyeing skills as well as design programming and sewing/fabrication. Now, mainly working as a painter, personal assistant and barkeeper, Melone uses her free time in the German capital to create colourful universes from faces, creatures, animals and, of course, melons! But why Melone? The artist's second name is actually Sophia Marlene, but this became a tongue twister for little Sophia, so she simply introduced herself as Sophia Melone. And so her artist name was born.

Even as a child, Sophia hardly ever let her pencil out of her hand and drew and drew and drew. After her art teacher in Canada discovered her artistic talent, Sophia moved back to Berlin. "I think all started with Berlin, the decision to go back and not knowing what I want to study but knowing if I know it then you can do it here," she laughs. Even during her studies, Sophia kept painting and drawing and then at some point started spraying.

"The very first time spraying I did in a celebratory way with my youngest brother and we went quite confidently in broad daylight - we did not know that it was illegal yet! - to a power house in the forest and sprayed that." Now the artist focuses on legal walls around Berlin.

What she paints or sprays comes spontaneously and instinctively into her head and is also influenced a lot by what she sees, thinks or dreams. "It's more like a "This has to come out of my head now!" - moment and then you can have a conversation about it when it's out in the open and finished," Sophia explains. So for her, art is also a means of communication.

She couldn't imagine anything else than art for her future, although life as an artist isn't always easy either. "On the one hand, of course, it's also a priceless luxury that you don't have a timetable, and being able to plan your life by your own needs weighs out the downsides," she says. On the other hand, of course, you're also self-employed and having to do everything yourself at all times, which she copes with pretty well though. She also finds the art scene in Berlin far too exciting and thrilling. She also likes to be inspired by it and its artists. Her Berlin art idol? "Jim Avignon! I think he's totally cool, especially because of his actionism!"

For the future, Sophia would like to dedicate herself to larger art objects, she would love to paint an entire cargo ship, but for now the Berlin-born artist is focusing on larger wall objects.

Her art can be admired everywhere in Berlin, currently on our 1st floor, where she has taken on a showcase, as well as on the Bundesplatz and on the RAW area in the garden of Urban Spree.